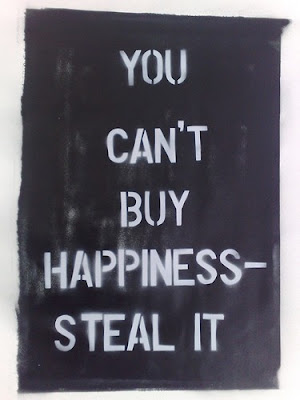 I'm back.
Ok, hi.
Mama freaked because she claimed to have gained weight so she is adamant to enroll in a gym. But then again, my mum is notoriously known for procrastinating. I shall insist on going because I got flabs hidden, man. Burn baby burn !
My so called studying plan failed miserably. Was supposed to study Biology but after a page and a half, I gave up. Kata nak straight A's ? Ntahpape.
Written (technically typed) by Nadia Zainudin at 11:38 PM