Hello Square One, Nice To See You Again 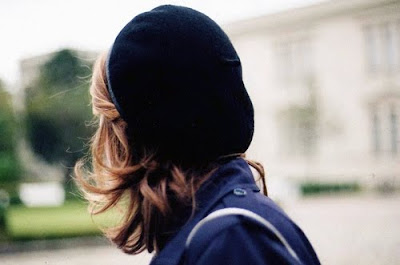 Today was brilliant fun. Went to watched Michael Jackson's epic documentary for the 2nd time with my friends. It was at the Gold class and we took the whole of the 2 rows from the back so we could just stand up and dance.. which we did. Not so much, but we did. HA
Mum and sister had last minute plans to go watch Cuci The Musical which I very much wanted to go but it was last minute and I had This Is It on so nothing I could do about that. Twas quite fun though, sat beside Nikki and it's her third time watching this and yet, she still shrieks at every crotch grabbing moment Michael does. Huge fan is an understatement. So we clapped, laughed, sang and danced at our own liberty because it's freakin Michael Jackson and who can resist not bobbing your head or tapping your feed when a song like Thriller or Beat It comes on. Impossible. Even Nikki's mum joined in the fun. CUTE STUFF RIGHT THERE
We even jumped and stomped. One point though, I was too engrossed with my mash potato (SEDAP GILA WEI!) and I just sat there and watch. My favourite is I Can't Stop Loving You and The Man In The Mirror and They Don't Really Care About Us. Man, the Japanese girl with an afro 'do is amazing, sedap gila. And the female guitarist (Y) Fantastic work. I can't really start with the dancers because I have a whole new profound respect for them after watching this. One ability I'd like to have is to dance, so if any of you plan to take up dancing classes, ring me ! It's freaking good exercise and every inch of your body is so toned, it's sexy. HAHA, the guys were yum. Nikki and I liked the girl with the blazer and black bra (?), dorang menari macam boneless sial. BEST.
Arrived at 230 and walked around aimlessly. Didn't get lunch cause I had no appetite. Yahi was right, banyak benda lawa la :( So sad living on a budget hahahaha. Zara had a lot of nice things, A LOT. First time pergi fitting room bawak banyak baju, usually satu je. Hahaha. Got a striped top with the sequined black suspenders. Wanted to get the grey top with sequined shoulders but I know my mum and she'd never approved of that top because it had crazy unkept hems, all ripped. She'd say '120 BUCKS FOR THAT ?!' so as much as I loved it, I had to ditch it. Suka sangat benda kat situ. Went to Parkson for my watch but tak sampai lagi from Pavilion -____- zz jauh sangat ke nak post watch. Heh. Went to Forever 21 and fell in love with (surprise surprise) this grey top with sequined pocket. I liked it cause it was very airy and flowy. Haha but I recalled something similar to that so I had to painfully put it away. So dramatic -.-
Topshop and Miss Selfrige and Dorothy Perkins too had some things I liked.. REALLY liked. And Ila ! I've seen the faux YSL bag from Nose ! :') Prettyyyyyyyyyyy. Though I wished the lining inside didn't have the brand printed all over. BUT PRETTY nevertheless.
Went to New York New York deli for dinner with Hafiz, Hakim, Asif and Lian. Had the meatball pizza and hell yes did they emphasize on the meatball, it was literally a meatball on a pizza, not sliced, not shredded, nothing ! Just a huge ball of meat on every slice of pizza. Had that and fries and my root beer hoho.
My 'study' table is full of books siot. Serious bertimbun. Magazines included la but still educational books are the majority of it which is quite surprising because I only read sikit gila hahaha. It makes you think I'm the studious type.. which is laughable.

Ok, shall continue ignoring/abandoning history and watch my The Mentalist dvd, I'm hooked.
Written (technically typed) by Nadia Zainudin at 10:34 PM