When The Going Gets Tough, The Tough Get Going 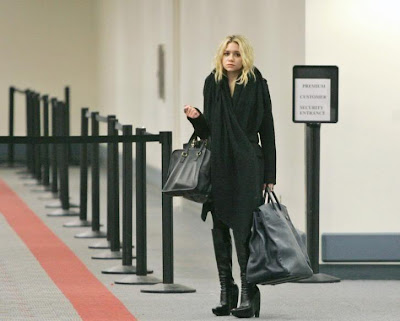 Came back home today. It was a bittersweet thing, because as much as I love Penang and didn't want to leave, I miss KL.
Tonight was so much fun. For the first time, no one bailed on this dinner (I think?), everyone came ! :') I was the first, and met Farisha and Ashley there. Both so pretty (ahem Ashley, kembang la tu) ! Ashley with heels k ! :'o I iz proud, you know, Ash ? Haha.
Everyone started to flood in and the food was good, had brilliant fun meeting up with everyone because it seems to me I haven't seen them in years. Even Suraya and Najihah were there, and Hakim ! Lama gila tak jumpa everyone, and missed them heaps, so that made my night. Ate a lot cause the food was surprisingly sedap k, I thought it was just pancakes and maple syrup (-.-), but ada spaghetti pancakes which admittedly sounds weird but sedap sial. Ada mushroom lagi, ugh, the bomb. Took pictures with the bunch and for the first time in a long time, the whole 6 of us (Ila Suraya Dina Sarah Najihah) were there so we had to take pictures since we've been meaning to do that berabad lagi but never got the opportunity. Ala best sangat la. I dared Hafiz I, Hakim and Farisha to eat the tomatoes after seeing Amy and Ila doing it, macam best kan. And we all did, but Hafiz was such spoil brat and for the first few times, tricked us into eating when he just pretended to eat. Tapi last last paksa jugak makan. It was shit hilarious seeing Hafiz's expression. I quite like em raw like that so I had no problem. Then there was the usual teasing between Hafeez and Hafiz about their colour and how they need flash to see them because they were dark. Tak la hitam mana, saja exaggerate -.- But it never fails to make us laugh so that was fun. I think the whole reason that made it a ball because everyone I wanted to meet showed up so macam puas.
Of course, I just had to go back early. Tak blow birthday cake lagi :'( I'm always amongst the earliest to go back home from a party. Name it, I'm always one of the earliest. Dahla tonight was probably the best cause all my good friends were there. It's not always my friends are all there together. And my mum actually called way earlier than that saying she was already eating dessert and asking if I was done  (my parents had their dinner at Curve). So frustrating to know that I have to go back early when everyone baru nak seronok. It's like, before I know it, dah balik -______________________- EVERYTIME OKAY ! And it's not like I go out so often like Tania or Zaim. I mean, sometimes I have to alter my plans so that I won't be a burden to Mama. Tak pernah nak rebellious k -.- I don't go to goddamn concerts or so much so as to even watch late night movies because I know it'll be just a hassle to my mum. But this is just a freakin birthday party. A harmless gathering of friends whom I haven't seen in so long. DAHLA BARU NAK KARAOKE DENGAN HAFIZ RAHIM AND HAKIM :'( And I know it's no big deal, but this year la we're turning 16 and no major exams. I know well in my heart that next year takkan banyak birthdays setakat 16 pun tak banyak. As much as I am grateful that my mother even sends and fetch, but sometimes so :'( Living with a strict father doesn't help. There's more adjectives than just 'strict' but heh, I don't want to ruin my night even more.
All you judgmental people who think my life is all easy breezy, you come live with me for a week, you'll take back everything you've said, trust me. I don't care if you read this and say how dramatic I may be, but please la, as long as you're not living in my shoes as a sixteen year old girl who has been degraded by the closest people in her life more than a million times, you really shouldn't be saying anything at all. Not getting the things I want is a normal thing, but oh boy, you should hear how much crap I listen to every day. You'll feel sorry for me.
And thank god for waterproof mascara.
Written (technically typed) by Nadia Zainudin at 10:56 PM