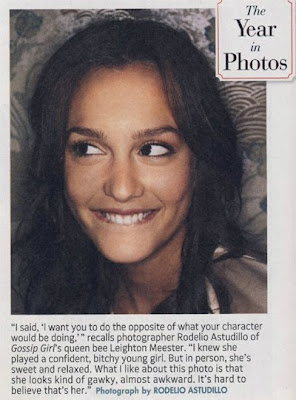 Spent my day at Pavilion with my mum and sister. Traffic was sickening, for Pete's sake, it's a Thursday morning (we went early to avoid traffic, huh, Hi Irony), people ! Turns out the traffic was caused by the seemingly 3 million cars heading to Masjid India (all according to my mum).
ANYHOO, made our way to the retail haven and first stop has always been and always will be, due to strategic parking (we've had the luck of having the same parking spot three times in a row now, right near the entrance pulak tu), Topshop. Asal banyak benda tak de size 6 ? @#$% And shoes all have to be pig skinned eh these days ? :( There were some new stuffs but majority were the familiar garments I've seen at the OU branch so was not that rambang mata.
*Ehhhhh there's an Accessorize store in Pavi.
And went to fixed my watch and it's going to be M.I.A for approx 2-3 weeks. Imma be watch-less for said period of time. Are you freakin kidding ? I feel so naked without it. Heh.
The usual Forever 21, went around in search for anything.. decent but with no success. Ended up getting an umbrella hahahahahaha. Bosan gila siot F21.
Headed for Zara for what ? 10 seconds ? And I have no idea why I did that. Prolly cause my mother was all the way the other side of the mall and I had no cash so heh, no use to that ! But the display had some nice things on. But again, same ol' OU stuff. I don't quite fancy the branch there sebab takde Kids Section hahahahaha, ok not funny bye.
Got a pair of pretty wedges (which reminds me of potato wedges which makes me hungry right now, it's 7.15pm right the second so you can imagine how food is all you think about) and almost got a handbag but again, I have no idea why I didn't. My sister got way more stuff than I which is .. normal. Damn my fussiness.
But then I remember that raya is around the corner and besides all the food that Hari Raya has to offer and contribute to the minor/major (take your pick) weight gain, here comes the moneyyyyyyyyyyyyyyyyyyyyyyyy :') Oh my oh my, a part of me is determined to start a bank account to stash all the extra cash but then the more dominant part of me wants to spend it on something worth while. I should go for the greater good but the latter sounds so tempting. Tapi macam la ada benda nak spend lepas raya kan ?
Whatever it is, I passed Ralph Lauren and I saw this motherfreakin' downright purrrrdy dress, big major huge love. Man oh man, I'm going to get something similar with the whole Ralph Lauren/Tommy Hilfiger shindigs cause goddamnit, I love preppy clothes and that is a fact.
Also, there's many of those sculpted shoulders outfits which I just happen to like very much so I shall get more of those.
Ok that's pretty much is and my nose is killing me, so arrividerci !
Written (technically typed) by Nadia Zainudin at 6:45 PM