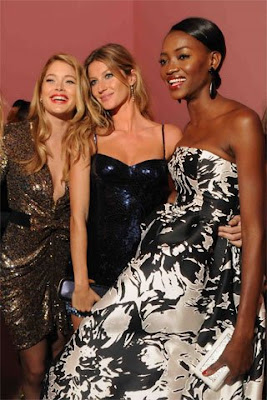 Ah, bestnya hari ni :')
First, there was IU day. Bessssstttttt gila. First first tu, cam heh sikit because I was alone but then Marc, Jo, NIMISHA, and all started coming. We all sat together and obviously, kecoh gila, dah la ada Darren -.- The performances was good, but I especially loved the dance groups. Jia Shen punya awwww so cute, especially when they (it was a group of 3) danced to PYT (!!!!). Comel gila babi. It was a bunch of Michael Jackson's song strung together so that was fun. Kuntaw Fatakie pun best, the Harry Potter part was :') Too cute. Thachana's group was again, so good. Benci la orang boleh dance. OH and speaking of which, there was this girl with that mat salleh boy who played the guitar, my oh my, can she sing or whattttttt?
Pastu Aimi, Yahi and Farisha came. One performance up and it was time to mingle around. THAT was fun. Oh dapat jumpa Jia Wen's beau. COMEL GILA (Hi Jia Wen, you lucky girl!) hahahahaha. He bent down to me because I said something to Jia Wen but he thought I was talking to him so I said, "I'm Nadia" and he replied "I'm Izmir" hahahahahaha. Siapa tengok cerita Tarzan part Jane nak introduce herself to Tarzan pastu cam tepuk dada cakap 'I'm Jane' hahaha it went something like that. He even said 'Nice to meet you'. Damn, so polite. I also got to meet Li May's beau. Such a nice guy cakap Hi kat semua orang. I MET MINA !! BAIK GILA DIA TU OMG, dah la lawa gila. I now know her secret to luscious locks of hers. She kept poking my necklace saying how nice it was :') HAHA such a sweetheart. I also met Nasri who hails from Hogwarts School Of Witchcraft And Wizardry. Ok, no he's from KDU. But hell, he does magic tricks BAIK PUNYA. SO freakin hilarious. There were card tricks and some involving his rings. And then the bending of the straw which I thought was made of rubber til he proved it wrong but whatevs. Twas still some really freakin cool stuff. ADA this trick sumpah cool gila babi nak mampus nak mati. He shuffled around some cards and ask his 'audience' to pick one. It was the King Of Spades tau without his knowledge. And apa ntah dia buat, he opened his shirt to reveal the card ON his baju. Like, he had the King Of Spades printed on his baju. Dayumn, awesome gila babi sial. I was so amazed. :') AND he managed to put an ignited match in his mouth. Serious crap holy awesome. Pastu kan ehehehe, bila dia nak buat new trick kan, he asked 'I need someone who can trust me' so he looked around and he looked at me and said 'Do you trust me?' hahahahahahahhaha damn macam Aladdin/Jasmine sialan. So okay, he ignited a match and then extinguished it but still macam sssssssmokin' hot and he dropped it on my wide open palms. Ofcourse la gelabah jerit. But amazingly, the match jadi cam it was never ignited in the first place. Pergh, best sangat. He did this one trick to Kaveetha yang ohmyfreakingod, hilarious gila ! Susah nak explain but damn, someone should have recorded that on tape, so funny. :')
And then Sha and Ilya came, baik sangat mintak tolong prom. Aimi, as usual, hyper go lucky. Bak kata Sha 'minum susu pekat'. Patutla kau putih gila, Aimi.
**The eye candy this not time not bad. HAHAHAHA
Went back at 645 and headed to Curve. I bought a black (surprise surprise!) clutch with this huge bow on it. Ada two other colours, one in teal (LAWA) and in purple. Next time la hoho. Then went to TGIF for a bit before going back. Tukar skirt cepat cepat for Diyana's birthday. Had to rush because my dad was already late for a kenduri he was attending. DIYANA LOOKED SO GOOOOOOOOOOOOD! The theme was Smooth Criminal as in the video, a 1930s orientated party. Basically, the flapper era. Wanted to stick to the theme but like I said, was in a bit of a time crunch. Couldn't eat much but the food looked so tempting :s
Put on the fake mustaches hahahahaha that was hilarious. I couldn't stop laughing hence making it impossible for it to stick onto my upper lip. Danced to some Michael Jackson songs and played Charades. HAHA, Imran spoiler gila, he's probably a big fan of MJ so he guessed everything right, takyah act pun, cakap berapa words, sudehh. By far, I think Diyana's party is most memorable for its longest candle blowing ever ! Her candles were close together so after some time, it started fusing turning it into basically a bonfire -.- hahaha. Obviously, Diyana couldn't do it alone so everyone started blowing the candle. Failing to extinguish the fire so many times, sakit perut gelak tengok orang blow. In the end, Diyana's mum had to scoop the candles out and dump it into a bowl. Hahahaha. Went back at 11 and here I am on my bed, exhausted. Nevertheless, had good fun :')
Be good to me, August.
Written (technically typed) by Nadia Zainudin at 12:15 AM